How to Advocate for Climate Change 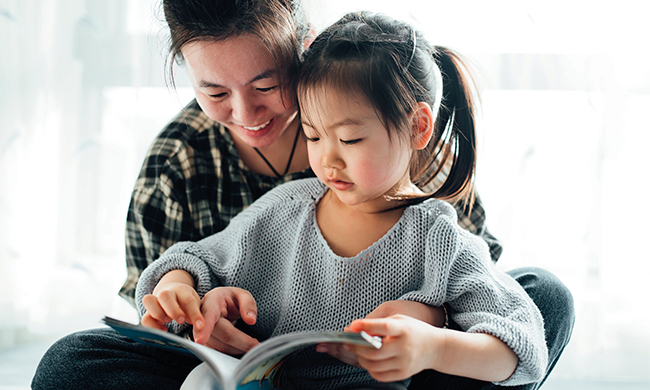 Empower yourself to help save the planet

(Family Features) Climate change is an issue that impacts everyone, especially children. The impacts can be seen first-hand, as the planet warms, and human fingerprints are all over the consequences: bigger, stronger hurricanes; deadly heat waves; more intense downpours; and devastating wildfires.

“It’s hard to study climate change and aspects of climate change and be a mother because the data’s very real to you,” said Dr. Emily Fischer, atmospheric chemist and associate professor in the Department of Atmospheric Science at Colorado State University. “We need a massive shift in the way we produce energy within 10 years, the same time period I need to save and plan to send my daughter to college. We’re hoping moms will realize climate change impacts their children and that we have solutions, but we need to act relatively quickly.”

If you’re not sure where to begin, however, know that whether big or small, steps, such as these ideas from the climate scientists at Science Moms, can add up to create meaningful solutions.

“Sorting through myriad information online can be daunting,” said Dr. Katharine Hayhoe, scientist and professor at Texas Tech University. “That’s why Science Moms was created. This nonpartisan group of leading climate scientists, who are also mothers, aims to break down climate change through simple, engaging content.”

Raise your voice. Leaders have the ability to truly take action on the scale needed to make lasting progress on this challenge, but they need to know that it’s a top priority of individuals. You can add your name to petitions and invite others to do the same, attend local meetings to voice your support for reducing carbon pollution and clean energy projects and meet with elected leaders to ensure they know you stand behind them. Of all the actions you can take, one of the most powerful is telling your representatives this is an issue you care about.

“By investing in a clean energy future and common-sense solutions that keep families and communities safe, government leaders have the ability to enact policies that escalate on a scale we could never achieve alone,” Hayhoe said. “They all need to know we stand behind their decisions to tackle this issue.”

Talk about it. In order to avoid some of the worst impacts of climate change, fast action is needed. The more people who know the facts about this issue, the quicker an impact can be made. Share what you learn with your neighbors and other parents to help make everyone more aware of the issue. Also remember that environmental concerns aren’t just for adults. Oftentimes, concern for the climate comes from children. Talking with your kids about the importance of good stewardship and empowering them to make a difference can affect how the next generation approaches concerns like climate change and pollution.

Make climate-conscious choices. There are nearly countless examples of smaller actions you can take to adapt your own home and life. Options to consider include switching to electric cars, buying green electricity (now available in 24 states), putting solar panels on your roof, insulating your house or adding more plant-based foods to your diet.

For more information and to get involved, visit sciencemoms.com.

Talking and Listening to Your Kids About Climate Change 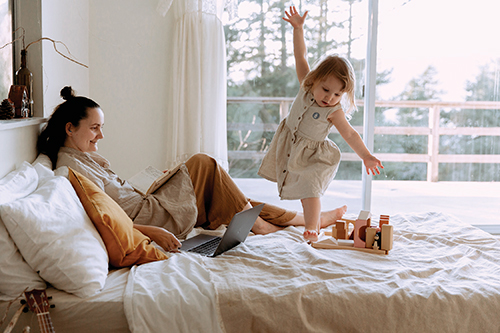 Climate change can be a scary subject no matter how old your kids are, and there are some big concepts that are hard to understand. For others, they know that their future is at risk and are taking matters into their own hands by becoming activists on social media and marching in youth climate strikes.

Focus on developing a love for nature and the environment. Encourage your kids to spend time outdoors and plan activities for the family that celebrate nature, like camping and hiking. You can also introduce and inspire healthy curiosity by reading books about different aspects of the environment, like oceans, land formations and the animals that inhabit different climates.

When talking with older kids, try to avoid scientific jargon and complicated explanations. Answer questions to the best of your ability and work together to find answers to the things you don’t know. Correct misinformation they may be hearing from others and be sure to include facts along with your own perspective as you discuss climate change.

It’s common for kids of all ages to be anxious about the impact of climate change. You can help channel that energy into productive action by getting involved in local organizations that are focused on improving the environment.

There are many misconceptions about climate change. It’s a complex issue and a better understanding comes when you can sort the myths from the facts.

Fact: The climate has changed naturally in the past, but right now, the world is warming up to 100 times faster than it has previously, according to research published in “Scientific American.” Billions of tons of burning coal, oil and natural gas have released carbon pollution into the air that traps the sun’s heat, making the planet hotter while simultaneously melting ice and raising sea levels.

Myth: Climate change is in the distant future.

Fact: It’s happening right now. In the West, hot, dry conditions are fueling massive fires with smoke that blocks out the sun and pollutes the air. In the Southwest, historic droughts threaten the food supply. In the South, warmer oceans are fueling stronger, deadlier hurricanes.

Myth: It might get bad, but America can handle it.

Fact: If left unchecked, the heat trapped by the thickening pollution blanket directly threatens human health and may make virtually every natural disaster more deadly and destructive. These disasters are increasingly happening at the same time, destroying more homes and businesses, and there is only so much emergency relief available.

Myth: There is nothing we can do about it.

Fact: It’s not too late to prevent the worst-case scenarios. That requires reducing pollution and moving from fossil fuels to clean, renewable energy sources, and relying on existing technology to build a clean economy. Governments across the world can work together to tackle climate change and invest in a safer future for children, but they need to know that this is a top priority for families.

For more information and to get involved, visit sciencemoms.com.