It’s important today to find ways to connect with others to help deepen your understanding of those around you. In a time when differences seem to dominate today’s culture, it can help to find similarities, draw connections and bridge worlds.

From community leaders and organizations to embassies and consulates, cultural events and programs are popping up in communities across the country in unexpected ways. For example, Germany is wrapping up a year-long campaign called Wunderbar Together, a Year of German-American Friendship that was designed to bring diplomacy from Washington’s K street to America’s main streets. This effort, funded by the German Federal Foreign Office, implemented by the Goethe-Institut and supported by the Federation of German Industries (BDI), brought together more than 400 partners in an effort to strengthen existing networks while also bringing more Americans into the dialogue about the German-American relationship.

“The German-American friendship is built on myriad personal connections that span the Atlantic – centuries-old family ties and new friendships, twin towns and sister cities and friendships between schools and universities,” said German President Frank-Walter Steinmeier. “Recently, thanks to Wunderbar Together, many people in the two countries have added thousands of new snapshots depicting this friendship – pictures that were taken pretty much every second at more than 2,000 events in all 50 states.” 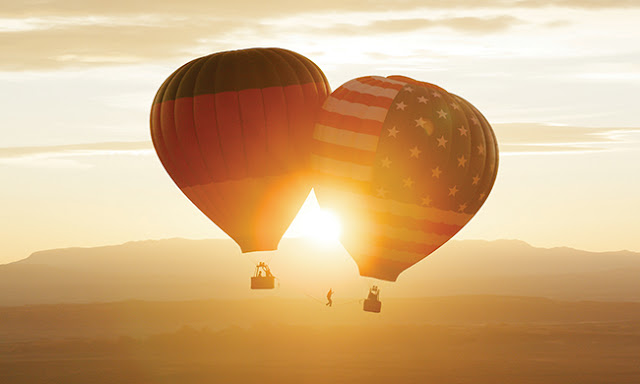 Events and opportunities that bring together communities and cultures is not unique to this campaign. For example, people in communities across the country experience other cultures through initiatives like sister city programs, cultural moments like Chinese New Year and food festivals in cities like Chicago exploring everything from Polish to Puerto Rican delicacies. If you’re looking for ideas to introduce your family to other cultures, keep an eye out for opportunities like these in your own community:

Cultural festivals and traveling exhibits. Events that celebrate the traditions of a particular group, country or region take place all over the country. Cultural festivals and traveling exhibits can provide a unique perspective on a specific subject and offer the opportunity to sample traditional foods, hear unfamiliar languages and observe games or demonstrations for various crafts and skills. For example, the Wunderbar Together PopUp Tour combined a culture tent with mobile presentation modules and various flexible pop-up edutainment elements. Programs ranged from business conferences, science slams, art exhibits and concerts to interactive, student-focused events. Guests got to taste authentic German food, watch live streams of Germany’s premier professional soccer league, learn from a decked-out WanderbUS equipped with German language activities and get immersed in the arts and sciences through events like “Science is Fun” and Circus Mojo workshops. You can expect to learn a great deal about a culture while you see and experience it first-hand.

Museums. A more formal setting like a museum offers a wealth of information with displays, artifacts and often a deep look at the history of a subject, such as a historical event, location or population. Museums continually update their collections, and new programs and lectures can help give you insight into new artists, cultures and traditions. For example, a new exhibition at the New Museum in New York City, “Hans Haacke: All Connected,” is one way to experience the work of a German artist in the United States. In addition to identifying museums that pique your interest in your own community, be sure to look into museums you might be able to visit when you’re traveling for business or pleasure, as well as rotating installations through museums’ temporary exhibit spaces.

Historical landmarks. All over the world, there are landmarks dedicated to explaining pivotal moments in history and the ways these events affected the people and communities nearby. Some landmarks are as basic as a monument on the side of a highway while others are entire buildings dedicated to explaining the impact of a single event or series of events. Monuments and historical landmarks can also serve as public convening areas and place for events. For example, to kick off the Year of German-American Friendship, four-time break-dance world champions from Berlin, The Flying Steps, held a special performance at one of the nation’s most iconic landmarks: the Lincoln Memorial. The “b-boy” crew combined break-dancing with the music of Johann Sebastian Bach for a one-of-a-kind performance in the nation’s capital.

Restaurants and food trucks. Food may be the way to win over someone’s heart, but it’s also a way to understand another culture. Learning about traditional dishes and customs surrounding such an essential aspect of daily life can give you a strong sense of the values and a literal flavor for an unfamiliar lifestyle. The explosion of food trucks, many of which offer traditional foods from countries around the world, provide opportunities to sample food you may never have had access to before. Some food trucks are even designed to do just that – such as the Wiesn in a Box truck that is part of the Wunderbar Together campaign, which is a Bauhaus-themed pretzel and Hofbräu beer cart that sets up a mobile Oktoberfest-inspired beer garden in cities across the country.

Performance arts and film. Artistic expression can be found among virtually every community. From theater and dance to art gallery shows and musical concerts, there’s essentially no shortage of ways to connect communities through the arts. Attending shows or watching films that emphasize cultural education and celebrate diverse perspectives can help open your mind and teach you about new subjects or cultures. Film festivals are a way to experience new types of movies and directors, such as the annual German Currents Film Festival that has become a fixture on the cultural calendar in Los Angeles and is known for screening films from Germany, ranging from art-house films to blockbusters and children’s matinees to late-night movies.

A Calendar of Cultural Events

Find a chance to experience German culture with these Wunderbar Together events in cities nationwide through the end of the year. More details can be found at WunderbarTogether.org.

Opening of the “The Medea Insurrection: Radical Women Artists Behind the Iron Curtain” Exhibit