Whether it’s because a husband and wife can’t communicate anymore or because he’s constantly browsing dating sites and she’s spending money like crazy, every marriage that has a serious problem like this is more than likely to end with a divorce.

And while the divorce rates are nowadays higher than ever, less and less people actually care that their marriage is going down the drain. Sometimes online counseling can be of help but not always a solution. It’s not because of indifference, however, but because it’s better to go through a quick divorce than to hold on to a doomed marriage – and here are five reasons why. 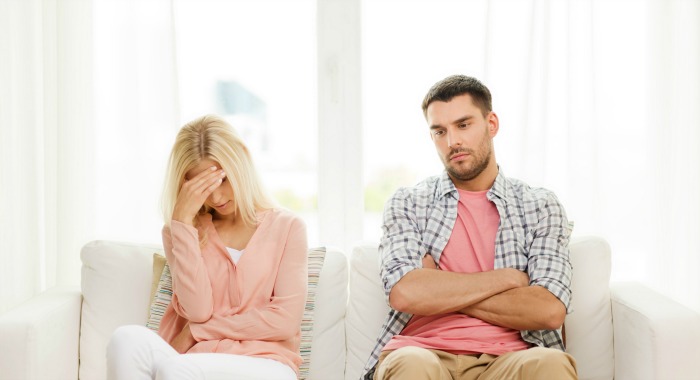 It may not seem like it to those who are observing a marriage between two people, but it becomes pretty clear to both the husband and the wife that their relationship has hit an iceberg once certain problems start surfacing.

That being said, it’s better to just let that ship sink as smoothly and as painlessly as possible instead of doing everything you can to keep it afloat, even though its demise is absolutely certain. Why prolong the inevitable when you can embrace it and move on with your life?

2. Healthier for the Children

It’s a fact that nobody wants their kids to have a broken home, there’s no arguing with that. However, in most cases, children tend to have a better childhood and will do better later in life if their parents are divorced rather than living in an unhealthy marriage.

If your marriage is bad, you’re likely to constantly fight, yell or ignore your partner, which is something that puts a lot of stress on children. That’s why it’s better if they’re removed from these situation, which is best achieved with a divorce.

With or without kids, an unhealthy marriage is nothing but a waste of time. We already mentioned moving on with your life before, but in this case, we’ll accent it even further.

One of the worst things about staying in an unhealthy marriage are missed opportunities. From people with whom you could have an actual healthy relationship with to spending your energy on your career and other things, a divorce is the only efficient solution to missing out on so many things in life.

4. Not What You Signed Up For

Remember that, when you got married, the general idea was that you were entering a union with someone who’s supposed to compliment you and make you happy, and vice versa? When you’re staying in a bad marriage instead of getting a divorce, you’re just making yourself unhappy.

Fact is, you didn’t sign up for an unhealthy marriage when you said “Yes” on your wedding day. Both you and your partner expected love, care and understanding from your marriage, so if you’re not getting that, your only logical next step is a divorce.

People don’t care about divorcing or they would rather get a divorce over being in a bad marriage simply because an unhealthy relationship prevents them from experiencing personal growth.

Once you’re out of a bad marriage, you can look back and reflect on what happened, why it happened and how it affected you. This can be a learning opportunity, but it won’t be presented to you if you desperately cling to a marriage that’s doomed to fail.
Posted by "Iowa Mom" at 6:51 PM