Are 3 DNA Babies an Affront to Nature?

The science of DNA has evolved considerably in the last decade, to the point where it can now be easily applied to multiple aspects of everyday life. This has been taken onto a whole new level in recent times, however, with the announcement that parents may soon be able to naturally conceive children who are born with 3 unique DNA strands. While this has been welcomed by some, however, it has also been question on an ethical level as it provides a clear example of science superseding nature. 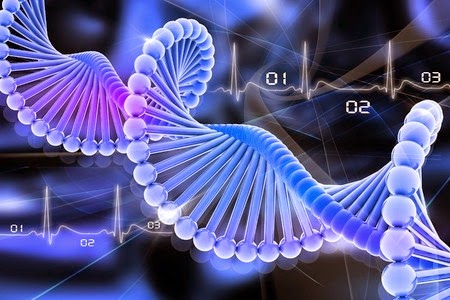 The Ethical Objections: 3 DNA Children and their Influence on Society

In order the fully appraise the ethical objections surrounding the conception of 3 DNA children, we must first consider the practical benefits. On a fundamental level, it will enable families to conceive a child in an organic and natural manner, while also ensuring that their unborn infant remains free from the threat of hereditary illnesses and disease. When you consider the debilitating impact of certain diseases and the fact that some individuals can be born with a genetic disposition for illnesses such as cancer, this would seem like a ground-breaking development with genuine merit.

While this at least partially true, however, the ethical concerns are too strong to simply be ignored. When you consider that even standard DNA testing on unborn infants (which is often performed by reputable firms such as GTL DNA to determine an infant’s paternity) have come under scrutiny, the potential impact of creating so-called ‘designer babies is bound be considerable. There are two key considerations with regards to the ethical standing of 3 DNA babies, with the first concerning the science involved and whether or not it has the potential to infringe on the laws of nature?


Answers and the Future for 3 DNA Babies

Although this scientific development undoubtedly contradicts the laws of nature, however, many will argue that this is an inevitable consequence of advancement. So long as it is used responsibly by parents who are keen to ensure that their unborn child lives a happy and healthy life, the concept of conceiving 3 DNA children will surely be viewed as a positive one?

This brings us on to the second consideration, which revolves around motivation and the future for ‘designer’ babies. Should the science be adapted and utilised to help wealthy and affluent parents to select their unborn child’s genetic make-up and features such as eye colour, for example, then there is chance that the laws of nature may be infringed upon in a distasteful and potentially harmful way.
Posted by "Iowa Mom" at 8:30 AM

Email ThisBlogThis!Share to TwitterShare to FacebookShare to Pinterest
Labels: Healthcare