Protecting Your Child from Mature Programming on TV 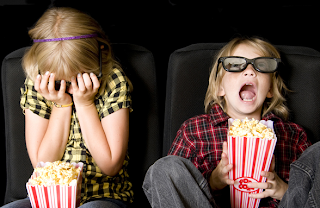 V-chips work by blocking programs that have certain ratings assigned to them. Parents can set controls that only allow for viewing that they deem appropriate for their child. Examples of ratings include TV-Y, TV-Y7, TV-G, TV-PG, TV-14, and TV-MA. By blocking all television programs with a TV-MA, parents can ensure that their children are not exposed to mature content such as graphic violence, explicit sexual content, etc. These different ratings allow for easy monitoring as your child ages. V-chips are also password protected. Thus, parents do not have to worry about their technology savvy children changing the settings.

Parents may block specific content by working with your cable company. Families that have cable television have more options for program controls. Most providers allow users to create PINs that allow for blocking by channel, rating, and time slots. Utah cable works with families to protect their children from mature content. The creation of a PIN may also allow for selective blocking of On Demand television, Pay-Per-View, and other purchase programming. Parents may also choose to hide specific information in the television listings.

There are several online resources that aid in protecting children. The National Cable & Telecommunications Association offers tips on their website. The FCC also offers more information on V-Chip usage on their website. Parents also should engage their children in conversations about what content is acceptable. Children may also not feel comfortable watching some programs. Parents should talk to their children to learn what their children are thinking and feeling while watching television. This educates both parents and children in knowing what they should avoid when they are watching programming.
Posted by "Iowa Mom" at 5:11 PM

Email ThisBlogThis!Share to TwitterShare to FacebookShare to Pinterest
Labels: Parenting