It is widely known that breast milk is best for babies. However, many people are not aware that babies born prematurely need more calories and protein than breast milk alone can provide. 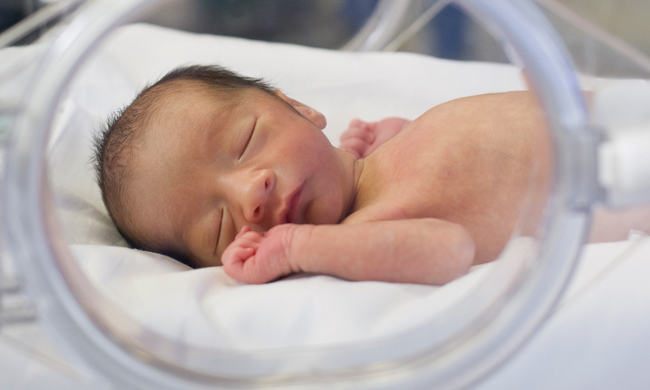 This product name can be a cause of confusion for many because it suggests the fortifier is made from human milk. Yet, this is not the case; nearly all commercial HMFs are made from cow milk.

“In the past, we’ve had to rely on bovine milk – cow milk – protein to help preemies grow, and that’s not natural,” said Amy Hair, MD, assistant professor of pediatrics at Baylor College of Medicine, neonatologist and director of the neonatal nutrition program at Texas Children’s Hospital.

While some cow milk-based nutrition may be OK for full-term infants, clinical studies show that the risk of several severe complications, particularly necrotizing enterocolitis (NEC), increases with every 10 percent of cow milk in a premature infant’s diet, according to research published in “Breastfeeding Medicine.” NEC is one of the leading causes of death among preterm babies.

In fact, NEC affects 1 in 6 extremely premature infants who receive cow milk-based nutrition in their diet, according to research published in the “Journal of Pediatrics.”

That is why neonatal intensive care units (NICUs) across the country are instead turning to a fortifier from Prolacta Bioscience that is made with 100 percent human donor milk, instead of cow milk. Using a fortifier in the NICU made from human milk is the only way to ensure that extremely premature infants receive an exclusive human milk diet.

“Provision of an exclusively human milk diet during the early postnatal period, a diet devoid of cow milk protein, is associated with lower risks of death, NEC, NEC requiring surgery and sepsis in extremely preterm infants,” said Steven A. Abrams, MD, director of the Dell Pediatric Research Institute and chair of pediatrics at the Dell Medical School at the University of Texas at Austin.

An exclusive human milk diet gives preemies the best chance to grow strong and healthy. Parents should be encouraged to talk with their baby’s care team about fortification and the benefits of a 100 percent human milk-based fortifier. Learn more at prolacta.com.
Posted by "Iowa Mom" at 7:34 AM

Email ThisBlogThis!Share to TwitterShare to FacebookShare to Pinterest
Labels: baby