5 Scary Things Our Kids Do That We Shouldn't Sweat

It seems as though at every corner there is something new to worry about, as a parent. Teenage drug abuse. Sexual assault awareness. Education quality and performance. Self esteem issues. The list goes on and on and it can be enough to spark any parent into a frenzy.

Then you have the statistics that are enough to make anyone sick. The teenage suicide rate is up and seems to be applying to younger and younger kids, with teen girl’s suicide rates doubling since 2007. Drug abuse among underage users is on the decline, yet still alarmingly high.

With so much to genuinely worry about the only way to keep our sanity is to let go of the things that aren’t really a big deal. Here are five scary things our kids do that we shouldn’t sweat. 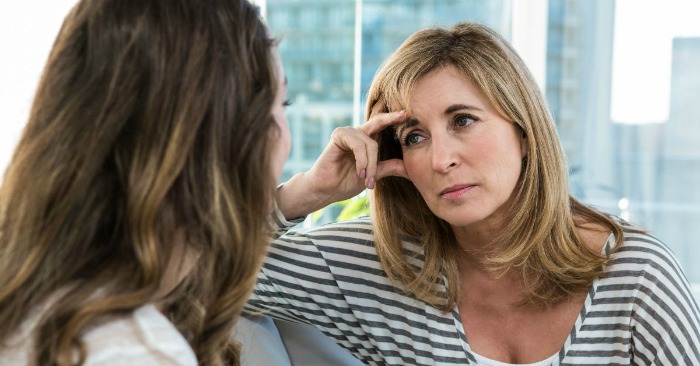 1 - Too Much Screen Time

All pediatricians have been pushing for limited screen time in children at checkups for the last several years. But when they get to a certain age, especially once they have their own phones and tablets, it becomes near impossible to keep them off. This is nothing new, just think back to twenty years ago with Gameboys. Just make sure you are monitoring their use for safety reasons.

Constant fighting with your child, whether they are still young or getting into their teens, is so frustrating. It can seem as though they are just saying ‘no’ to make you angry. But this is pretty normal and part of their establishing boundaries and a sense of independence. Unless it is causing a major problem in their lives or the lives of your family, don’t worry too much about it.

There is obviously a level with this one. If the secrecy and lies are about something serious then you have a problem. But in most cases little over exaggerations, secrecy and even straight up fibs are a pretty standard part of growing up. It has to do with the same rebellion mentioned before and tends to curb after a time.

Another one that has a level, sexual curiosity is part of development for both boys and girls. So if you find they have been looking up “boobies” on the computer it isn’t a sign that they are deviant. It is just time to sit down and have a serious discussion about responsibility.

From the mountains of Utah, Tyler Jacobson writes about his experiences as a father and husband. By sharing the struggles and solutions his family has faced, Tyler hopes to help other parents looking for a way to better their lives. You can connect with Tyler and read his helpful insights on: Twitter | LinkedIn
Posted by "Iowa Mom" at 9:44 AM