Children's television can sometimes be perceived as dangerous territory for adults. First, parents worry that even some of the content billed as children's programming could be inappropriate or contain innuendoes children may pick up on. Another concern is whether the program is actually educational and worthwhile to view or simply pointless childishness hoping for parents' money. Once a show has been deemed appropriate and worthwhile, parents must then deal with watching the silly programs themselves and being excessively bored. However, some television shows created for kids can also be enjoyed by parents, so the following are six children's television programs that even adults can enjoy. 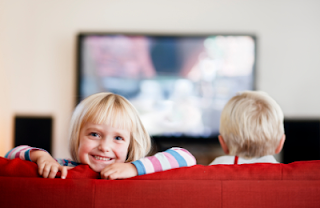 One of the greatest multi-generational children's show is Mister Rogers' Neighborhood, it was created just a few years after Sesame Street, the show features Fred Rogers in his signature sweaters and changing shoes teaching children about the various operations of a neighborhood. Mr. Rogers would interview professionals in a particular job and go on tours of a workplace, so this engaging process informs children and adults alike.

Schoolhouse Rock has been seen on television and in classrooms around the world since 1973. The show teaches valuable content learned in school with catchy songs such as "Conjunction Junction” and "I'm Just A Bill (And I'm Sitting Here on Capitol Hill)." Kids and parents alike are entertained and their memories refreshed.

Team Umizoomi has aired on Nick Jr. since 2010. Utilizing modern computer animation, the show features a team of superheroes (including the viewer) who use math skills to help a friend in need. The interactive experience teaches basic math skills such as counting and sequences, and adults can enjoy seeing their children learn and interacting with characters.

Doc McStuffins is a new children's show airing on Disney Channel. The show features a six-year-old girl who wants to become a doctor, and she practices by "healing" and performing checkups on toys and stuffed animals. Doc McStuffins also gives tips for a healthy lifestyle on every episode, so the show familiarizes children with the atmosphere of a doctor's office and lessens some of the stress. Parents can enjoy the program and can use Doc McStuffins to encourage their children at real doctor visits.

Sesame Street is the longest-running children's show of all time. It premiered in November of 1969 and has run continually since then, amassing 43 seasons and well over 4,000 episodes. Sesame Street features engaging characters teaching preschoolers letters, numbers, words, and important character traits. Another great thing about Sesame Street is that it has been a program for more than one generation, and most modern parents can watch the show with their toddlers and remember being entertained by the same characters. Just like Sesame Street pioneered TV in the 1960s, it is doing the same today with a new interactive program for the XBOX Kinect. Recent episodes have been revamped to physically engage children, and the Kinect experience involves throwing an invisible ball and playing with Elmo onscreen.

The only show on the list that could be considered a sitcom is Arthur. Featuring animals as personified elementary schoolers, Arthur is entertaining but also confronts issues that many students deal with such as death, dyslexia, and Alzheimer's. Adults can see the way the show introduces these issues and expand on them with their children as they wish.